As the refugee crisis continues to dominate headlines the world over, it can be tough to see the humanity in the numbers. After all, 65 million — the total number of displaced people worldwide — is a hard number to convert into human suffering.

But seeing what daily life is like for refugees can help us to humanize the stats. After all, each and every one of those 65 million is a person whose world has been torn away from them by violence, war, and persecution — people who have had to give up their families, homes, careers, communities, hopes, and dreams just to seek basic safety.

To understand their plight — and the tireless plight of organizations like the International Rescue Committee who devote untold resources to helping them — a picture really is worth a thousand words.

Peter Manyang, a clinical officer, makes the rounds at an IRC feeding center for severely malnourished children in Ganyliel, in the restive Unity State. Children often arrive here at the brink of death. 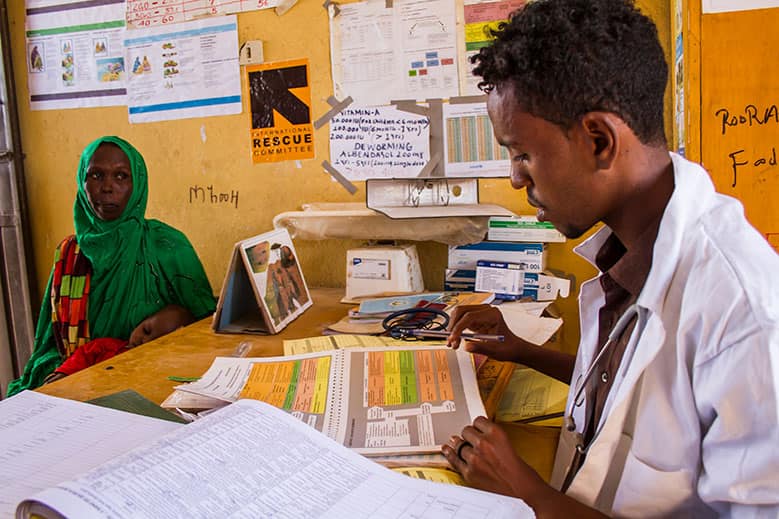 Junior Clinical Nurse Hassan Ahmed Yusuf, 21, diagnosis Sada Mohammed's son Hassan Abdi with pneumonia. Sada and her family are internally displaced as a result of Ethiopia's worst drought in 50 years and moved to Shinile woreda, where this IRC supported health post is located, after losing nearly all of their livestock to the drought. With no alternative livelihood, her family subsists on government food distributions. The health post has seen an increase in cases of pneumonia, diarrhea, and malaria as more and more people move to the woreda as the drought stretches their resources thinner and thinner. The IRC provides the remote post with health worker training and medicine.

A boy washes his hands with an IRC hand washing station at Malkohi government camp in Yola, Nigeria in January 2016. 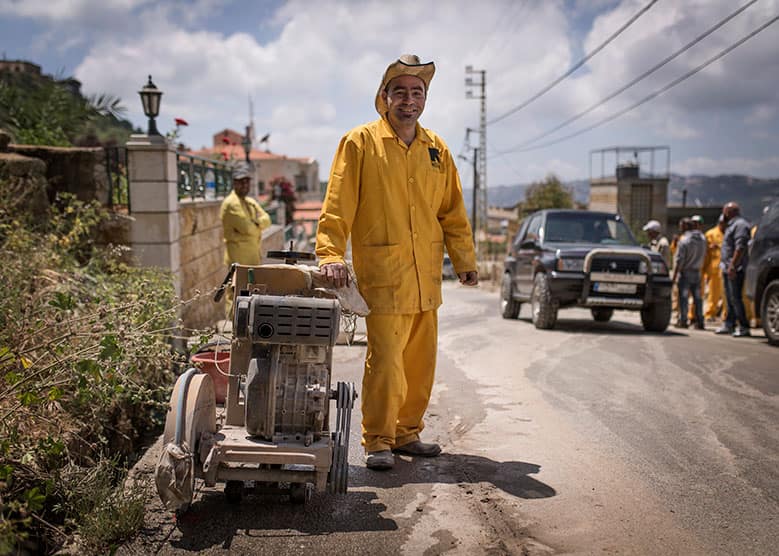 The IRC helps people gain an income through cash-for-work programs. Vulnerable Syrian and Lebanese refugees who visit the organization’s livelihood centers are offered opportunities to gain vital income from IRC-run programs. The IRC pays for around 200 people each month in Lebanon to either collect trash or support community maintenance projects, such as rehabilitating roads and public gardens or painting walls. In each case the workers are provided with 10 days of work each month, and paid $20 a day. Laying sewage pipes in Salima, Mount Lebanon, Hassan is 30 years old and from a village outside Qamishli, Syria where he was a farmer. He fled the conflict to Lebanon and originally found work in Beirut, but left after struggling to afford his life there. “I had to leave Beirut because the rent was so high. The rent is cheaper here, only $150 instead of $450. Plus, I share the apartment with two others, so it is only $50 a month. “I try and find work here and there doing anything I can whether it’s farming or construction work. Thanks to the money I get through the IRC my life has got easier. I can send money to my family back home in Syria, around $200 a month if I can. Life back in Qamishli is very hard. The money I send back is a real lifeline for my family. I prefer living in Salima than in Beirut. I’m treated well here. Here I don’t feel that I’m living outside my homeland. I can’t afford a residency permit so I feel safer here.”

Mohamed Bazara, left, with his 11-year-old sister Alaa and family friend Bismillah at Sea-Tac International Airport. Emtisal and Ahmed Bazara are from Aleppo, Syria and were reunited with their two older children and son-in-law earlier this year. The children were barred from entering after Trump had issued an executive order banning Syrians indefinitely. A Seattle judge lifted the ban on Feb. 3, allowing Jaidaa and Walid to reunite with their parents and other siblings in Washington.

David Miliband discusses the journey from Kobane to Lesbos and what's next for this Syrian family. 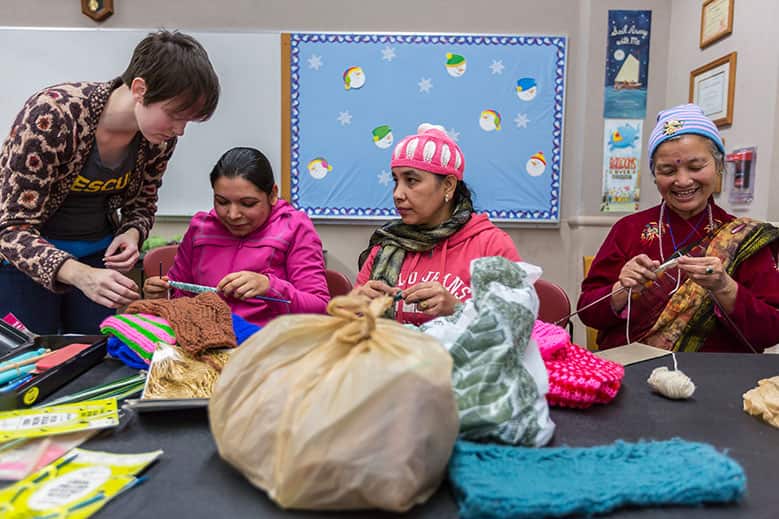 A Bhutanese women’s group during one of IRC's Saturday knitting groups. Most of these women have difficulty reading but have no trouble learning new patterns and knitting techniques from one another, and have even taught non-Nepali speakers how to knit. The IRC began to offer health and wellness workshops, expanded resources through new community partnerships, and coordinated ongoing support groups, including a knitting circle for elderly and disabled women.

Participants in the Manfraq, Jordan iteration of Vision Not Victim.

Want to help? Great! Here are 5 ways you can get involved and make a difference.